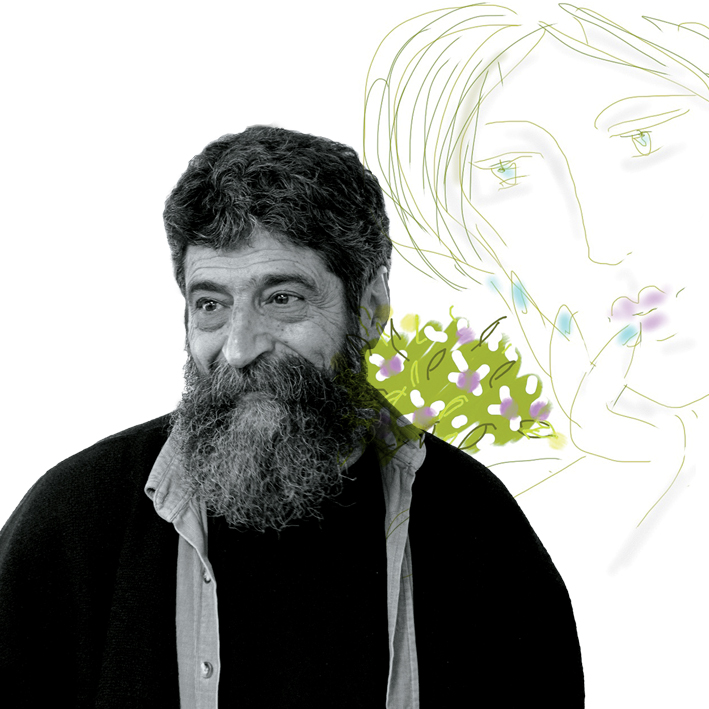 Bahram Dabiri was born in the city of Shiraz, Iran in the year of the Tiger, 1950, under the sign of Sagittarius, whose symbol, the Centaur with bow and arrow figure greatly in his works. Looking at the reliefs and sculptures on the walls of nearby Persopolis and the splendid inscription of the Naqsheh Rustam Monument, are amongst the artist’s treasured childhood memories. At the age of twelve, without encouragement or tutelage but strictly on his own, Dabiri started his career in what he likes to call “The Paintings”.

In 1966, his family moved from Shiraz to Tehran, the capital of Iran, and one year later he held his first professional exhibition at the Sepid Gallery. In 1970 he was accepted into the Fine Arts Department of Tehran University, and received his undergraduate degree in painting some four years later. Meanwhile he met and married a fellow student, namely Simin Ekrami, who, apart from being a fine sculptress in her own right, gave him stability and security in his home life. Simin and Bahram have a daughter and son who are both at University.