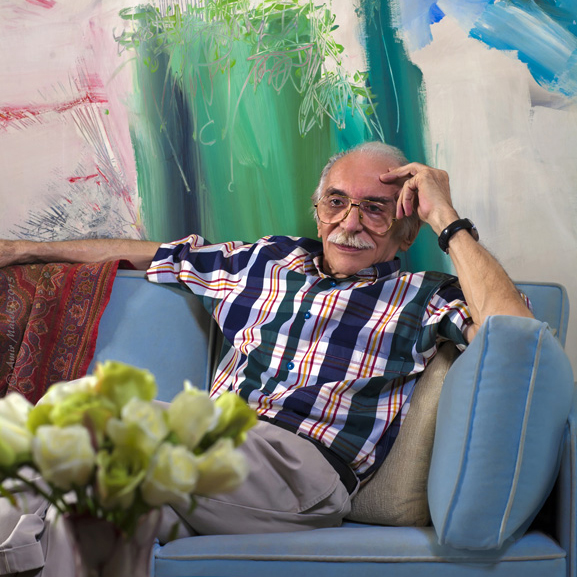 Kamran Katouzian Born in 1941,Tehran Iran, the graphic designer, art director and painter, a highly revered influential figure of Iranian modern arts, Kamran Katouzian successfully managed to combine Iranian traditions and major elements of Iranian visual arts and incorporate them in the well-known frame-works of the contemporary global art. Although as a prominent influential painter, his appearance on the scene of arts happened with long intervals and with great contemplation, nevertheless his artistic activities on the scene of graphic arts and advertisement on one hand and Iranian abstract arts on the other, did not stay hidden from the eyes of art virtuoso, colleagues, art critics and art historians.

Katouzian says: “As a painter, I was at the same time in love with the art of advertisement. Not only was I infatuated with the frames they created, the slogans they wrote, not only with the graphic art, but also copy writing… Those years were the golden years of America, in everything including advertisement. In Europe advertisement was progressing with greater leaps. On returning to Iran, I founded Saba Gallery. All days long I worked there making logos and emblems.”